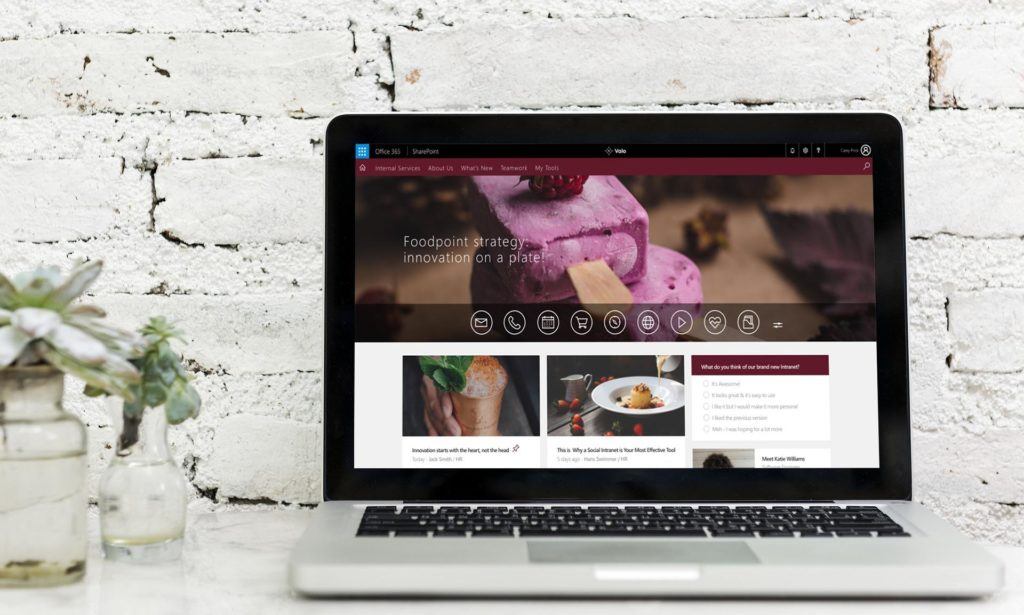 When Valo receives demo requests, the reason behind it is sometimes the current intranet’s User Interface (UI), or more like, the lack of it. If the intranet is all about text, it doesn’t really attract the users to open it.

With new Candela 2.0 UI, the most visually rich Valo UI yet, just around the corner, it’s time to take a trip to past and see where we’ve started from as we first started to create more visual intranets.

Let’s give our Senior Web Designer Olli Pelkkikangas the chance to go through the memory lane from the Valo UI perspective.

I’ve had the privilege to be part of the Valo journey since it’s first Sharepoint 365 version. I was involved with the previous version of Valo too but that was only on premises and a whole another story. I have divided the journey with Valo UI to key milestones.

A product like Valo is an on-going process and while refining what we already have, we have to adapt to new changes and platforms by Microsoft. We surely have not stopped innovating what a good intranet user experience could and should be like!

With classic On premises SharePoint projects, we were able to modify master pages and add whatever we needed to make the UI work. That was easy.

Suddenly we were in a situation where best practice was not to make any customizations to master pages. For UI it meant we were limited to SharePoint themes and some minor inline styling to page layouts.

First Office 365 Valo was somewhat modest in term of looks but it was a start in this new era of cloud-based intranets.

As we recognized the potential and demand for cloud-based intranet solution, a dedicated Valo team was formed back in 2015. At that point we realized we need to do more with the UI as well. We managed to add our own styling to Sharepoint 365 with CSS/JS injection. The technique is great as it follows Microsoft best practices and leaves all the SharePoint files intact.

Designing product-based intranet is much more challenging than a customer project.

To make a solution that is easy to customize to customers own brand and adjusting that to average end customer requirements for their intranet takes a lot of thought!

After going through these processes, first Valo UI with style injections was created. Since Valo means light in Finnish, I thought that our UI’s could be named after different units of light. Candela was born.

Candela was very much a SharePoint theme-based UI. The whole product-based Valo was in its infancy and there was a lot of streamlining to do with how to deploy and customize Valo to a client.

While Candela had a lot of information visible at first glance, lack of visual content was something I wanted to address. In addition, many customers wanted an option without the background image.

Rather than modifying Candela radically, we decided it was time for an optional Valo UI.

Lumen and Lux, the UI’s to please crowds

Main idea behind designing Lumen was to keep it clean, have a more visual way to present news and grouping similar web parts under common topics.

At the same time, we took a big step away from SharePoint themes towards our own style. At this point Valo as a product started to succeed on another level. We added tons of new features and refined old ones.

While Lumen was versatile, we wanted customers to have more options with look and feel of their intranet. We started planning on the next UI. New Lux UI was a bit more subtle change from Lumen.

As some users may feel a bit overwhelmed by the amount of content on Candela and Lumen, the key idea for Lux was that less is sometimes more. By having three columns for content, there is no room for much but with Lux it is quality over quantity!

Lumen and Lux both have their audiences and both are still being actively developed. Lux is currently the most popular UI option for Valo by far. Based on my experience, about 80% of sold Valos are based on Lux, 15% Lumen and the rest are old Candela.

We now had three viable UI options for Valo but there was still work to be done in enabling Valo branding to people without frontend knowledge. Customizing UI required making changes to Valo style files and compiling SASS to CSS after that. Not only was it hard to do without existing knowledge but it was also highly prone to errors when updating Valo. With our product gaining popularity, we needed to streamline branding process.

Next big milestone for Valo UI was Valo Style editor, a styling tool that enables quick and easy customer branding to Valo.

User can choose key intranet colors from a simple list with an option for custom styling. Colors can be also modified to our mobile app!

Demand for a tool like this was clear as the number of support requests regarding branding dropped drastically after releasing Valo Style Editor.

Soon we will reveal the greatest accomplishment in Valo UI history as the new Candela (that in fact has nothing to do with the first Candela UI wise!) is brought to light.

It has been a rewarding journey to see a product mature from something so simple to multiple award-winning and internationally popular intranet platform.

All it takes is a good, motivated team and a vision. If we have achieved all this in only three years, I am sure there are plenty more milestones to come and I can’t wait to see what the future holds for us!

Choose one of Valo UI’s to start branding your intranet with your logos, colors and fonts- or customize it completely! To hear all the options you have with Valo, book a demo with us, we’d be happy to show you! 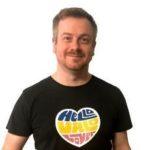