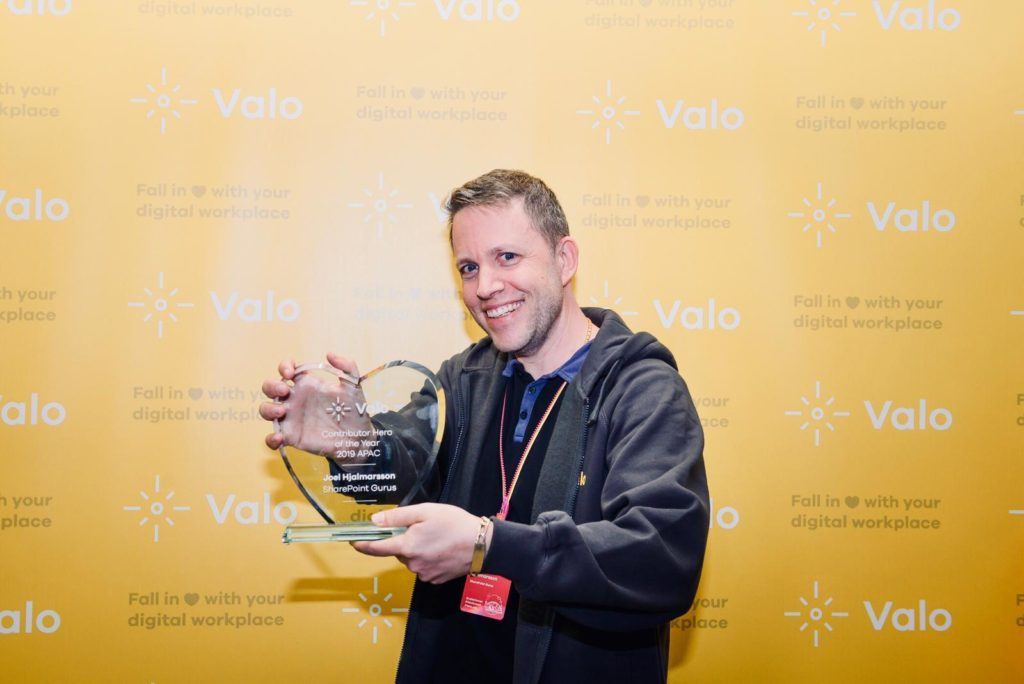 Joel, from Australia, is known of testing every single feature of Valo Modern giving us extremely valuable feedback about the product when it was in the early stages. Joel participates actively in the Valo Partner community discussions being also extremely helpful towards other Valo Partners. Joel is one of those exceptional professionals who is always willing to share his great insights into the community. A true ValoLover! Congratulations Joel! 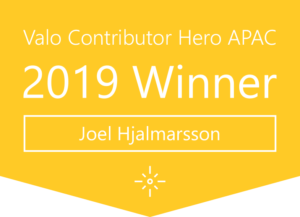 See Joel’s thoughts about the award from here:

Joel Hjalmarsson previously worked with SharePoint Gurus but later has left the company. Never the less, the contribution towards Valo has been so amazing, Valo Team wants still to give the recognition to him. We wish all the best for your journey and we hope our paths will cross again in the future! 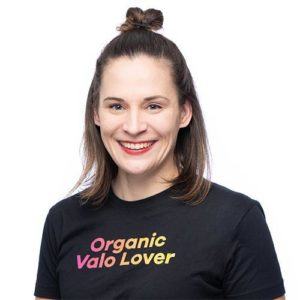 Marketing Communication Manager with a goal to communicate in a way that makes people smile. When not at work or at the CrossFit-box, she can be found from university, studying Corporate Communication masters degree.