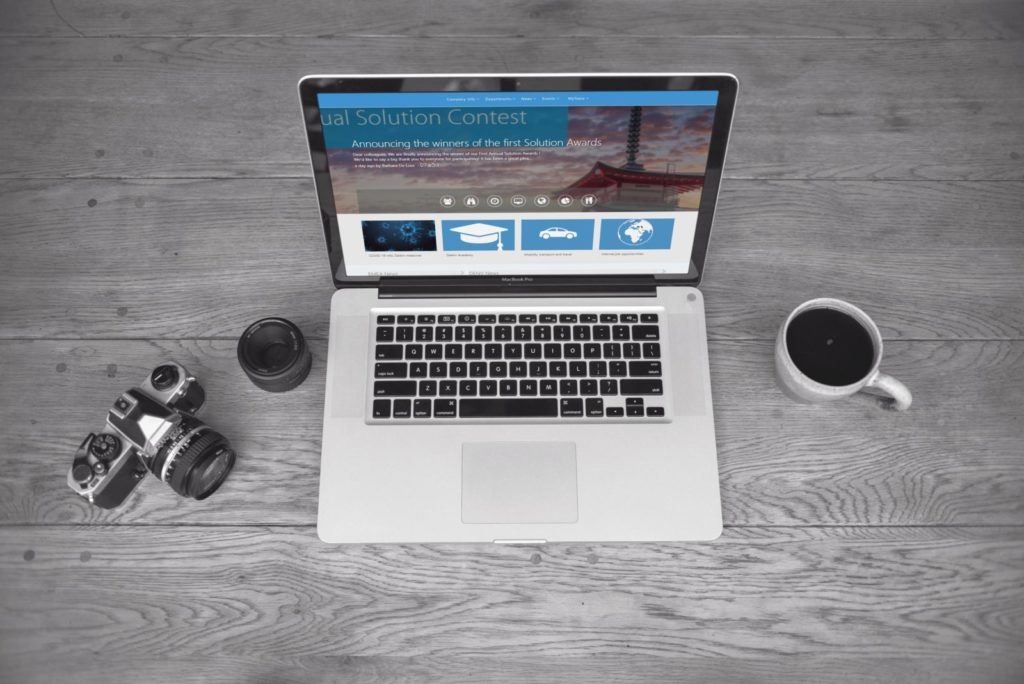 Starting Point: Daikin Europe needed a new intranet for its operations in Belgium, The Netherlands, the UK, Italy and the Middle East. Their old intranet was outdated and the technology they were using was not supported anymore. So Daikin Europe began looking for a new modern intranet to enhance collaboration and communication between their 3,000 employees.

Solution: Daikin Europe’s primary need was for a multilingual intranet platform that would function in English, Dutch and Italian. For internal communications, the priority was to be able to share news at a corporate level. But the different operations in the different countries also wanted their own space to share local content.

It was also important for departments to be able to edit their own content, including pages, news and documents. After searching for a new intranet and receiving different proposals for Office 365-based platforms, Daikin Europe chose to implement Valo Intranet with Amplexor, Valo Premium Partner.

Daikin Europe knew they wanted a Microsoft 365 intranet solution. They looked at intranet-in-a-box solutions as well as implementing a custom developed intranet on SharePoint. But this wasn’t really an option due to a significantly longer project lead time. So, Daikin Europe chose Valo Intranet as it offered most of the intranet features that they needed and because it comes in a package that was ready to implement.

Daikin Europe liked that Valo follows the Microsoft road map. This means if there are changes and updates there is no need for Daikin Europe’s IT to be involved or extra development time. Everything is managed by Valo.

Valo’s Premium Partner Amplexor provided Daikin Europe with a small, free demo environment to play around with for a month. This helped them to familiarize themselves with the platform and test its usability. Daikin Europe also ran workshops where key employees from each department learnt how to use each application as well as identify potential areas for customization or new features needed.

One Valo hub per affiliate per language

Compared to basic SharePoint, Valo Intranet offers a lot of additional features such as the option of targeting news to some affiliates or departments. Daikin Europe originally chose one Valo Intranet hub per language with security-trimmed navigation per operation. But they have since changed this to each affiliate having a separate Valo Intranet hub in their own language.

Each affiliate’s intranet is completely separate. However, they all share headquarter news, and some articles across the group. Plus, each intranet’s layout and the homepage have the same look and feel. The site pages also keep the same structure. But each affiliate has its own manager with their own responsibilities and freedom to add content.

Easy to use for everyone

Because Daikin Europe has a global workforce they had a few more complex requirements. It was important to be able to share content between hubs. For example, share an English news article with the Italian hub.

The feedback has been positive because compared to our old intranet environments Valo Intranet is very straightforward. It was easy to learn how to work with it.

Some of their favorite Valo features include the ‘Our People’ tool which helps them to introduce new colleagues and announce birthdays. The company also like how they can put internal job vacancies in the spotlight too.

Thanks to Valo Intranet, Daikin Europe can react fast to changes in the organization. The old intranet was much more static. As a consequence, when any department needed to change anything, they had to contact someone from HR. Whereas now, the responsibility is shared out.

Each department is now responsible for its own content and it is easier for new people to learn how to use Valo Intranet. In the past, you needed a big manual for our old intranet to get something published. It was really awful.

Now key workers from each department can work autonomously. They don’t need to ask HR if they want to change documents or information, as they can do it themselves.

A great tool for remote workers

For remote workers, Valo’s features really come into their own. The news banner catches people’s eye with new information. Some departments use their intranet page as a dashboard to locate other tools and find documents relevant to that department, and the company encourages employees to use SharePoint to share documents.

Daikin Europe are extremely happy with Valo Intranet as a product as they’ve been able to customize the platform and to adapt it to their needs. As the team says, “we are a happy customer”.

Find out how Valo’s multilingual intranet platform can improve communications within your organization too. Get in touch today and we’ll show you how.