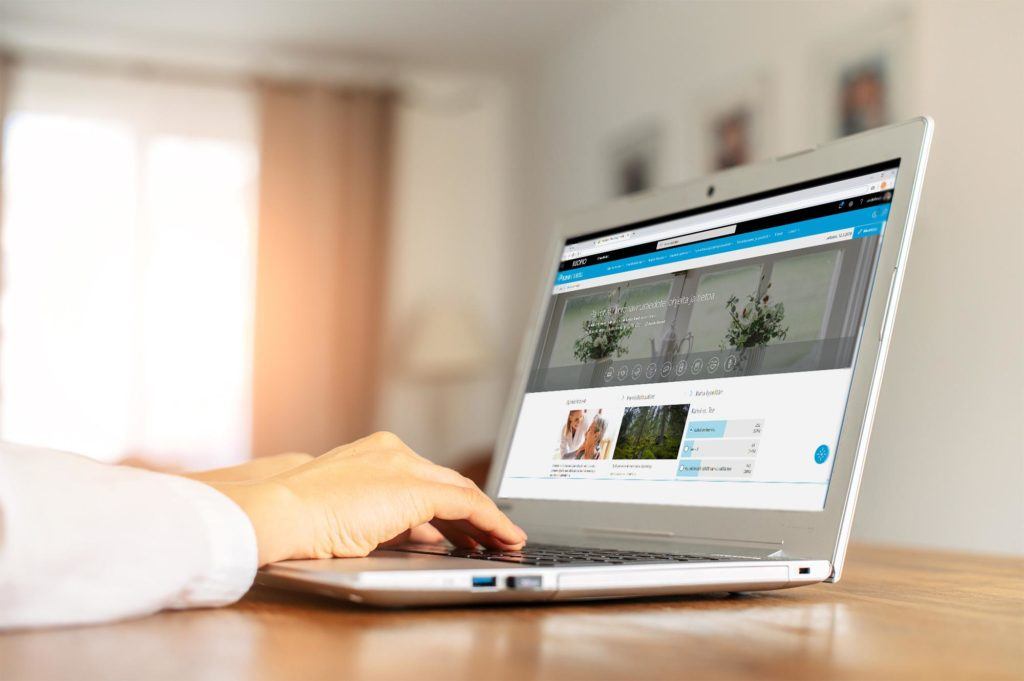 Kuopio City Council needed a new intranet platform. It had to be compatible with Microsoft 365 and Microsoft Teams as well as integrate its users’ workspaces into the intranet. Digital workplace tools Valo Intranet and Valo Teamwork were the perfect solutions.

Late in 2019 Kuopio City Council rolled out Microsoft 365 across its entire organization. At the same time, it began looking for a solution to replace its dated intranet. The intranet had to be compatible with Microsoft 365 technology and also had to integrate user’s workspaces within it.

Valo’s parent company Blue Meteorite worked closely with Kuopio City Council’s internal IT and communications team to install Valo Intranet and Valo Teamwork. Both solutions are built on top of Microsoft 365 and SharePoint and integrate natively within Microsoft Teams.

Kuopio City Council is a multi-faceted organization that employs a variety of staff from medical teams to desk-based employees. Technically is a challenge to serve everyone’s needs.

While rolling out Microsoft 365 and introducing Microsoft Teams to the organization, the IT and comms teams were already defined decision criteria for the next phase – upgrading the organization’s intranet platform.

They had three criteria:

Collectively the Communications and IT teams chose Valo Intranet from two other competing providers because it is an intranet-in-a-box product built on SharePoint. Plus it is compatible with the Valo Teamwork solution and Microsoft Teams.

Ville Titoff, a Project Manager at Kuopio City Council highlights his favorite Valo Intranet features. Here’s what he had to say:

We’re now using the Candela user interface. It’s very nice. The visual side of Valo Intranet is a whole new world compared to our former platform.

This is very useful. We like how you can build different kinds of news feeds on the first page of the intranet. We are planning on taking more advantage of these features in the future.

A small, but very important part of our new intranet, is the links feature on the main menu. It has been very useful because it’s not possible to put everything on the first page of the intranet. Now people can build their own link banks on their menu. This avoids people needing to have those links somewhere else. They are inside the intranet, which is a very good feature.

The intranet is the home for every single piece of information that we want to spread internally for the whole organization.

Content creators in each department can create their own site pages without the help of IT or communications. It’s reassuring that Valo’s templates ensure that each page has the same look and feel. We just say to people, “Start with this. The other base elements are already there, such as the image carousel. All you have to do is write the text and choose a picture.” They don’t need to do any coding. So, it’s very easy to do.

Valo’s search function is really useful. People can use it to find colleagues and documents. Although we do have to remind people that if they want to search through the whole intranet, they need to be on the first page. If they start their search from special section of the intranet, then it will only search from that area.

As a comms specialist, it makes it easier to communicate between teams and with the whole organization.

It was very important that the new solution had a mobile app so field-workers can access all their documents and comms remotely. We’ve not forced but encouraged people to download it. During the coronavirus, it’s been really helpful. We’ve seen saw a big increase in the number of people using it.

We have the Fresh option which means we don’t have to worry about security issues. The IT team says the regular updates make their life easier.

Valo Teamwork helps to integrate user’s workspaces into the intranet and Microsoft Teams environment by providing staff a single dashboard that shows them all the groups, discussions, and documents they’re part of/working on in one place.

The Valo Teamwork App sits within the Microsoft Teams environment which helps staff to find the teams they’re part of in the environment they’re working in.

Another function of Valo Teamwork is that it makes governing groups on Microsoft Teams very easy. IT can templatize or create templates out of existing teams. They can also add naming conventions and ownership membership across all groups such as people, departments, committees, initiatives, and board of directors. This provides clear governance for greater security.

Although Ville admits that Kuopio City Council aren’t utilizing these Valo Teamwork features yet they’re planning on rolling them out during the summer.

The Finnish version of the case, with a video, can be found from Blue Meteorite’s site, meteoriitti.com.

***
Are you looking for an intranet that integrates into all Microsoft tools including Microsoft Teams? Look no further! Book a demo to find out how Valo’s digital workplace solutions can make your working life a whole lot easier as they go hand-in-hand with Microsoft offering.