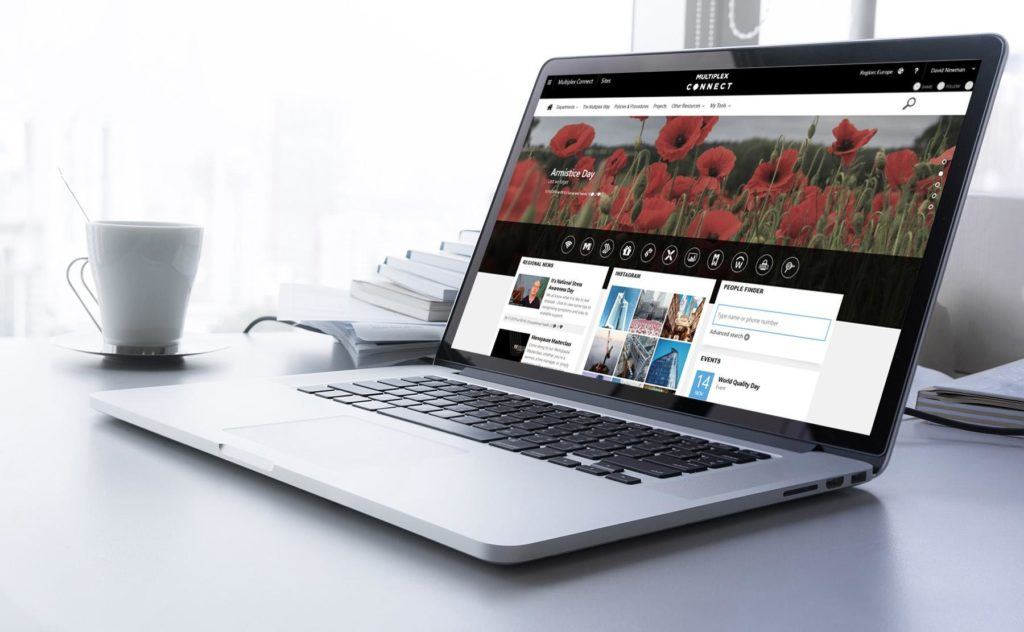 Global construction company Multiplex wanted a new on-premises intranet platform with an easy-to-use interface to act as a central hub for news and documents.

Multiplex is a global construction contractor headquartered in London. It has operations in Europe, Australia, India, the Middle East and Canada. The company employs more than 6,700 workers across four continents.

The company’s previous intranet was based on SharePoint 2007 and had reached the end of its life. Therefore Multiplex wanted to invest in a new intranet platform.

Its priorities were an easy to use interface, a good search function and a central hub for news. In addition, it also wanted to avoid building bespoke solutions for search, news and web parts.

Moreover, the organization wanted the new on-premises intranet platform to leverage their investment in Office 365 and SharePoint.

Because Multiplex operates globally, it rolled out the new intranet in stages. The project began in Australia then the operations team transferred it to the UK. Valo Premium Partner Pythagoras came on board halfway through the deployment of the new intranet platform in the UK.

Valo Intranet, based on classic SharePoint 2016, was the intranet Multiplex was looking for, offering a central hub for news and documents.

A new intranet platform built on top of SharePoint

Multiplex has a reputation for delivering high quality and complex projects managed by fully integrated project teams. As a 21st century global player, the company was keen to update its intranet to respond to changing needs.

As part of a company-wide digital transformation program, Multiplex wanted to upgrade its old intranet platform which was no longer fit for purpose. It was essential that the new intranet platform was built on top of on-premises SharePoint 2016.

The project management team chose Valo Intranet built on top of classic SharePoint. The deployment was phased across the company’s different regions. The new intranet went live in the UK in July 2018 and was launched in Australia in April 2019. In between this, there were separate deployments in the Middle East and Canada.

The initial intranet steering group comprised of the Operations and HR departments. As the project progressed, the communications team became more involved.

Firstly, the operations team wanted to use the UK as a template intranet for deployment. They initially looked at a global template and approach. However, because operations in the northern hemisphere and Australia are structured slightly differently, this wasn’t possible. In the end, the company decided on a similar interface across the two regions.

Because the nature of the businesses in Australia and the UK are both distinct, the project team had to adapt to these discrete needs. The Australian business is unique in the amount of data it has as well as its separate stakeholders. Both wanted to use the new intranet platform in different ways.

There are still many similarities in the design but the structure is slightly different. Other differences were around security and governance regarding updates. There was more centralized control in the Australian office than in the UK operation.

Favorite feature of Valo Intranet is the menu options which Multiplex wanted to be quite jazzy. This feature works well across the entire company and can be configured to suit each of the region’s needs.

It was quite flexible for us to customize Valo the way we wanted it. We could accommodate a lot of menu options within each of the sub-menus. For example, the top menu gives five or six items but when you expand each one it’s got a much bigger menu. That’s quite flexible and easy to accommodate more pages to access information quickly.

The project team is starting to use more analytics to see which content is most read. By locating the most used links the team is able to make this content more prominent. They are also using the same analytics to decide if they want to shuffle the menus.

The news carousel has been particularly popular within the communications department. It allows the team to share relevant news and corporate business communications across the company. Being able to add an image is an additional element that draws users in. 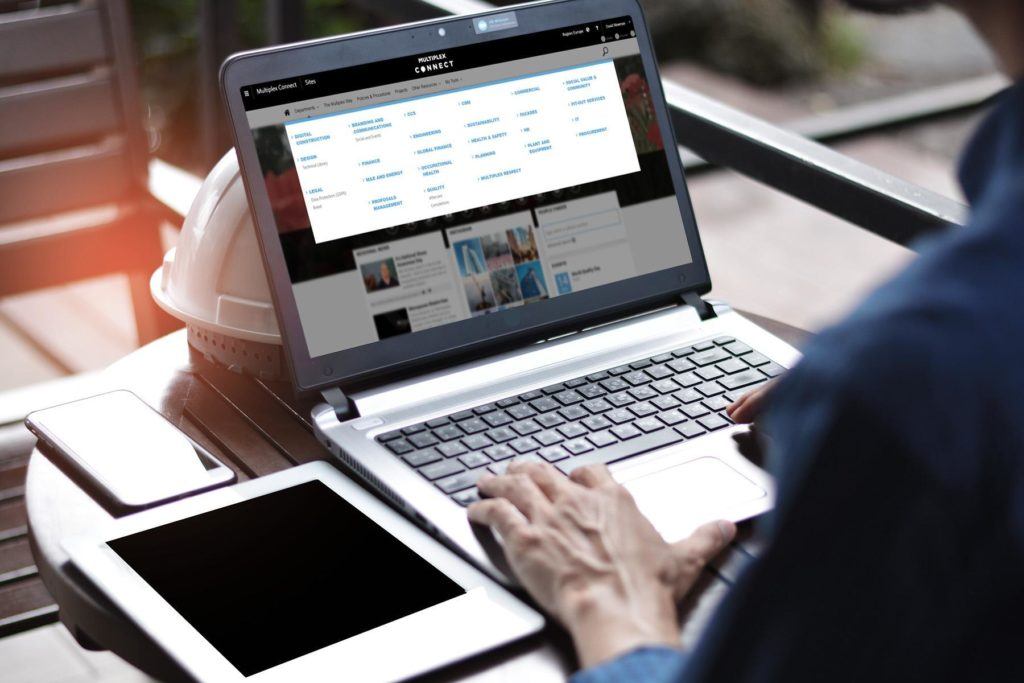 An improvement to company branding

Multiplex’s previous intranet was built on an old version of SharePoint so it didn’t have the Multiplex brand. One of the aims of the project was to reduce the silo mentality both within region and across regions. So it was important to have a common branded intranet.

With Valo Intranet the look and feel of the platform is now more consistent. The new platform ensures everyone feels part of the same company with the same design and colors.

All of our corporate content now has a very specific look and feel to it. You know it’s from Multiplex right away. It’s the same with any apps that we use. We can put our brand on it. The users know that’s where they go to find things, and they can clearly see it’s from us directly, not some outside source.

With regard to governance, each department is responsible for ensuring its pages are up to date and information is relevant. However, overall the communications team for each region looks after the main pages. In addition each region has its own rules and way of managing content.

A key hub for documents

The intranet is now a key hub with operational policies and procedures all in one place. Alongside this, the hub contains news, documents and information about each department. It also has a sophisticated people search function enabling staff to find other users easily.

The roll-out of Valo Intranet has been one part of a wider digital transformation program for Multiplex. The operations team felt that if the organization got its online information right this would be a trailblazer for the next steps in improving the overall digital workplace. By creating an accessible new intranet platform, staff can see what else is possible.

Even though our old SharePoint platform was in some ways an intranet, it didn’t look like an intranet. It just looked like a basic interface. With Valo Intranet, it looks like a worthwhile place to go because it looks easy to navigate. You can go there and it looks like somewhere you’d be drawn to, rather than just going to a page with lots of text on it. I think that is why people want to use it.

Want to create a 21st century digital workplace? Then book a demo and see how Valo’s tools, built on Office 365 and SharePoint, can transform your working environment. 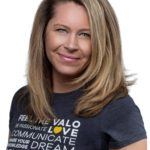 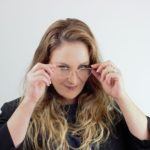