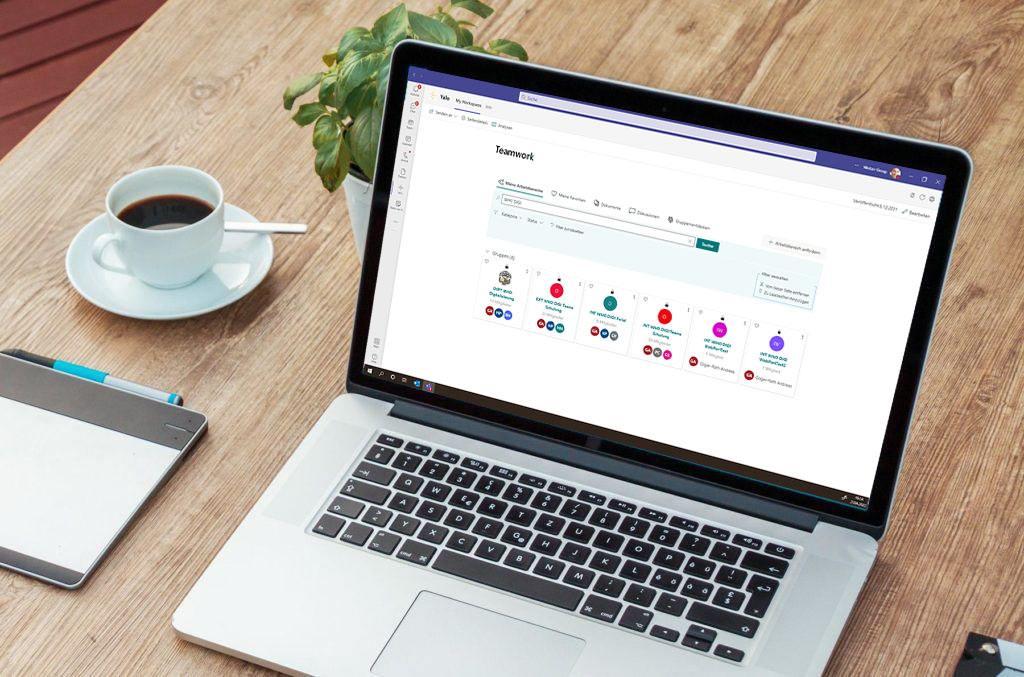 Austria’s leading wooden floor manufacturers Weitzer Parkett needed a way of managing the set up of their newly installed Microsoft Teams. With staff distributed over a number of sites across Europe, including its head office in Austria, Valo Teamwork was the perfect choice.

As first-time Teams users, the company was keen to keep their Teams organized from the start to avoid them getting out of control.

As existing SharePoint on-premises users, Weitzer Parkett decided to adopt Microsoft Teams as a collaboration tool for their 750+ distributed workforce.

With the intention that everyone in the organization should be able to request a new Team, it was important for the company to be able to manage this set up to avoid Teams sprawl.

In addition, they wanted to be able to establish a naming convention to help track and identify their Teams. They began looking for a governance and provisioning tool that would allow them to do these things.

Having partnered with Austrian Valo Premium Partner Solvion for many years, Weitzer Parkett collaborated with them on their Teams adoption.

Solvion recommended Valo Teamwork as an efficient and user-friendly way of provisioning Teams to avoid them getting out of control.

Due their trusted relationship, Weitzer Parkett didn’t look for an alternative solution and were very happy with the ease of roll out.

One of Weitzer’s favorite Valo Teamwork features is the ability to set naming conventions for new Teams requests.

With employees based in multiple locations, including internal and external (guest) users, it was important to the business that Teams could be easily identified by status, location and department.

Valo Teamwork’s naming convention feature allows them to do that, creating clarity and consistency in Teams.

Thanks to Valo Teamwork, as long as we use Teams, we know that all the teams have the same naming convention and we can find the teams we need.

In addition to the naming convention feature, another aspect of Valo Teamwork that simplifies the process of setting up Teams is the quick and easy approvals process.

Once a staff member requests a team, it is easy for admins to check the purpose of the team and whether another similar team exists before approving it.

In addition, Valo Teamwork allows IT admins to set a minimum number of owners assigned to a workspace before it can be created.

Using this feature, Solvion recommended Weitzer to have two owners per team. This means that if a staff member leaves, there is always a second team owner, which reduces the potential for ‘orphan’ teams.

Templates make teams easier and less time-consuming to set up

Another feature that makes teams set up quicker and easier for staff is the templating feature. This feature means staff don’t have to reinvent the wheel each time they want to set up a team. All the relevant components, including apps, will be added automatically.

Weitzer has begun with using just one default template, including OneNote and Tasks by Planner and To Do, with a view to adding more templates as Teams usage grows and different requirements are identified.

Although the organization is only using the Lifecycle Management feature on a limited number of teams at the moment for testing, it is already clear how useful it will be as Microsoft Teams’ usage grows.

The Lifecycle Management feature, including auto-archiving, allows admins to set and edit start and end dates on teams so that outdated workspaces will either be archived or deleted, leaving a clean infrastructure of only current, in-use teams.

Before using Valo Teamwork it was hard to tell whether files were related to a live team or a team that no one was using. Since installing Valo Teamwork, all the active files are located in one place, within Teams. It’s now easy to see all inactive teams, which can either be deleted or migrated.

Could your organization use a governance and provisioning tool to create clarity and consistency in Teams?

Avoid the sprawl and chaos that can arise when you let Teams run wild and contact the Teams-taming Valo Teamwork experts, or book yourself a demo.